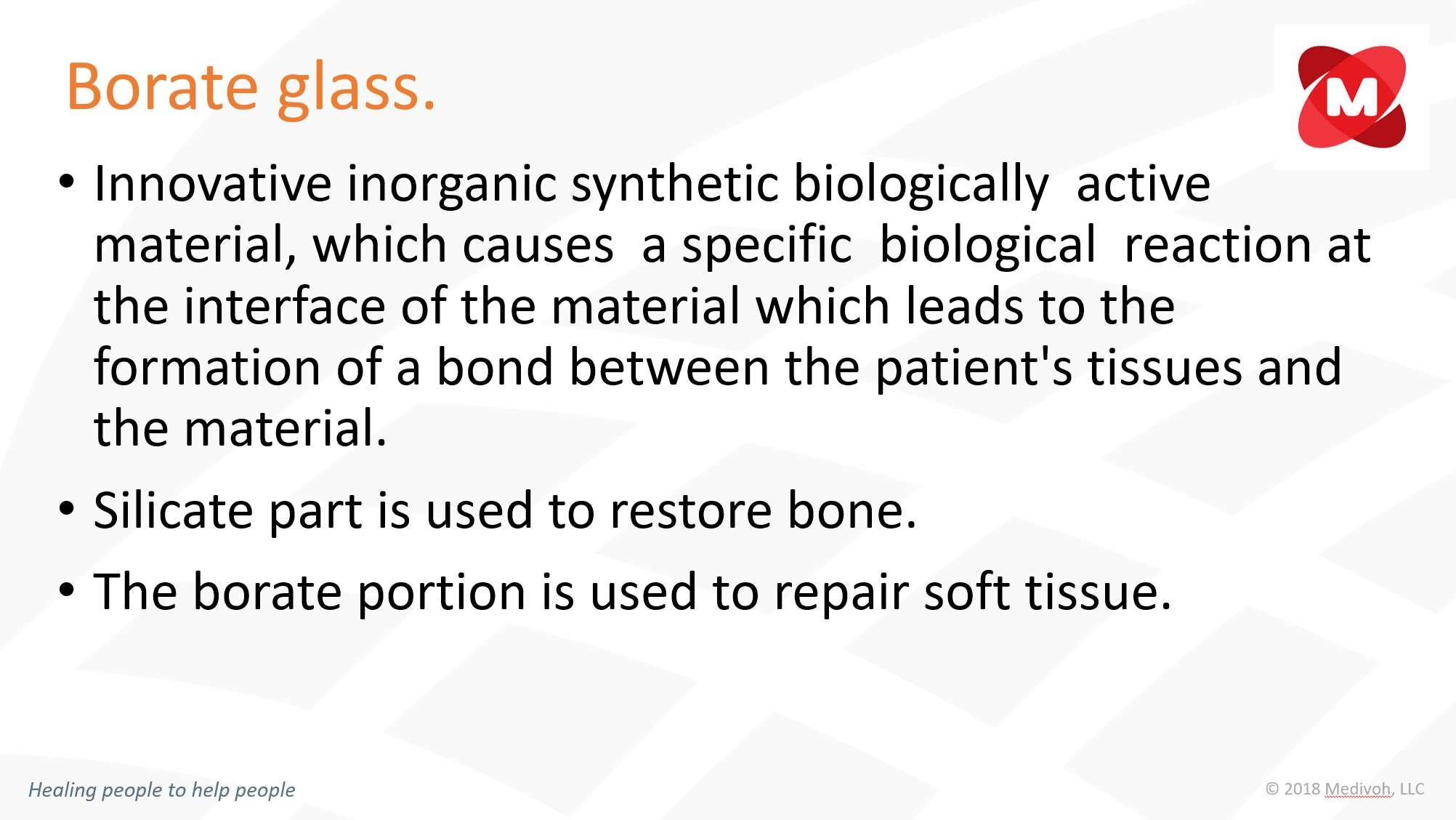 This is an important difference because preformed biofilms have been found to be much more difficult to treat than planktonic bacteria, and many commercially available wound dressings are effective against planktonic bacteria, but not preformed biofilms. At least one of the bioactive glasses tested effectively reduced the number of viable biofilm cells to an undetectable level, but the mechanism by which this happened depends on the organism in different ways.

Based on this analysis, borate bioactive glasses had a broader antimicrobial effect than 45S5 glass, and the additional copper and zinc in GL1605 proved to be critical in reducing the most resistant test organism, S. aureus, to undetectable levels.