Time period for the presence of a wound : 1,5 years

A trophic ulcer is usually called damage that does not heal for more than six to eight weeks. However, you need to start worrying much earlier. If you are at risk, for example, suffering from varicose veins, you need to carefully monitor the condition of the skin, especially on the lower limbs. Symptoms of a trophic ulcer can be roughly divided into early and late 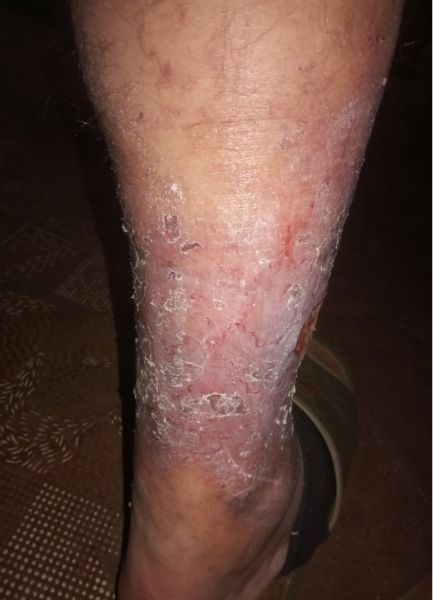 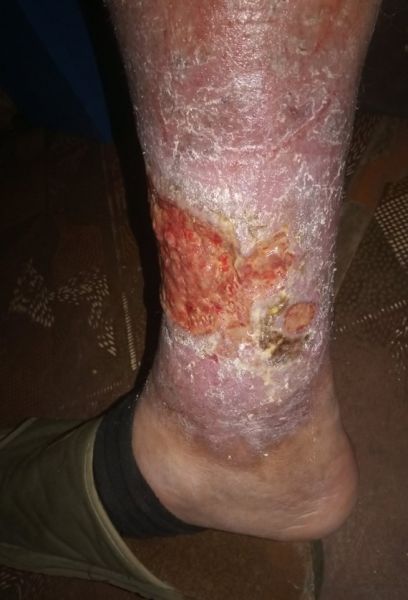 It all starts with pallor and clarification of the skin. After all, there is little blood in the capillaries, and enough substances do not enter the epidermis to strengthen and regenerate. Then unreasonable itching begins, which often indicates a violation of blood supply. The next unpleasant signal is burning.

Stagnation of blood in the tissues also leads to edema. Unexpected convulsions are another "bell", because they let you know: the tissues do not have enough oxygen or the nerve endings have suffered. This set of early signs should already motivate you to start treatment, so as not to wait for later symptoms. Trophic ulcers do not form spontaneously.

Initially, swelling appears, accompanied by severe itching. The skin becomes thinner. Pigmentation or cyanosis appears. A bluish or purple spot, similar to a regular bruise - tissue destruction due to hypoxia. Further, the patient is waiting for dermatitis against the background of a decrease in immunity. The appearance of a trophic ulcer is often accompanied by chills and nocturnal cramps of the calf muscles.Due to stagnation in the lymphatic vessels, droplets of liquid begin to appear on the glazed surface of the skin. Further, the foci of the exfoliated epidermis merge, and an ulcer with torn compacted edges is formed, causing severe pain at the slightest touch. As a rule, the ulcerative surface is quickly colonized by bacteria, the bleeding ulcer begins to fester.

The next stage is superficial damage that cannot heal. If you are still delaying treatment, then you can wait for much more serious symptoms - purulent discharge and a putrid odor from the wound. The ulcer is infected and can lead to many unpleasant complications.

The second wound dressing (on day 3 of use) 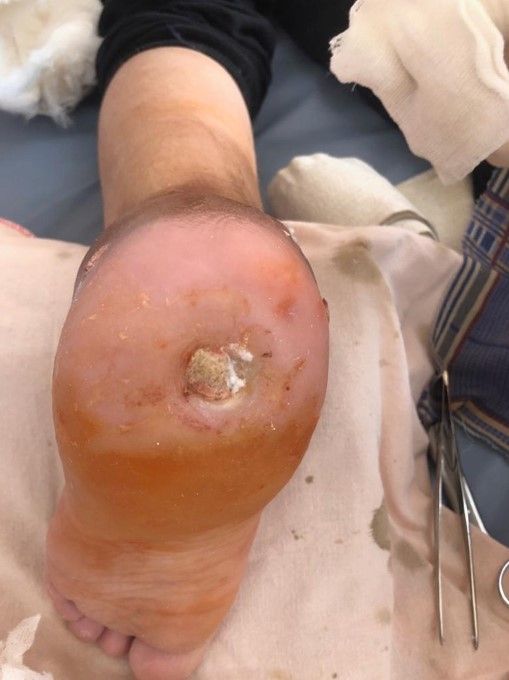 The third wound dressing (on day 7 of use) 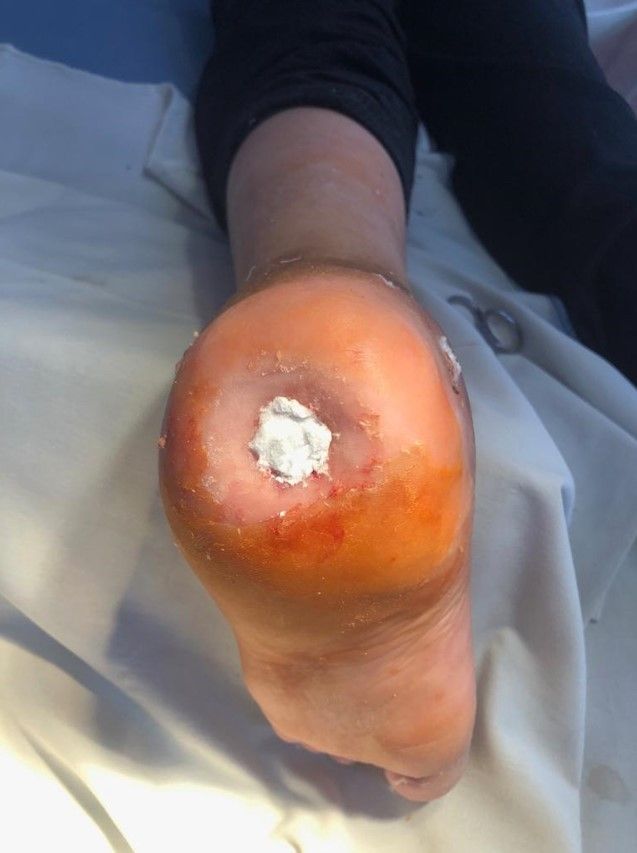 Fourth wound dressing (on day 13 of use) 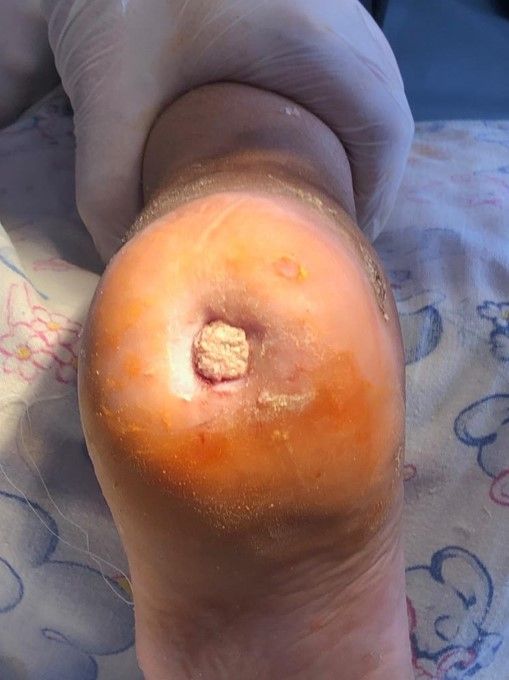 Seventh wound dressing (on day 46 of use) 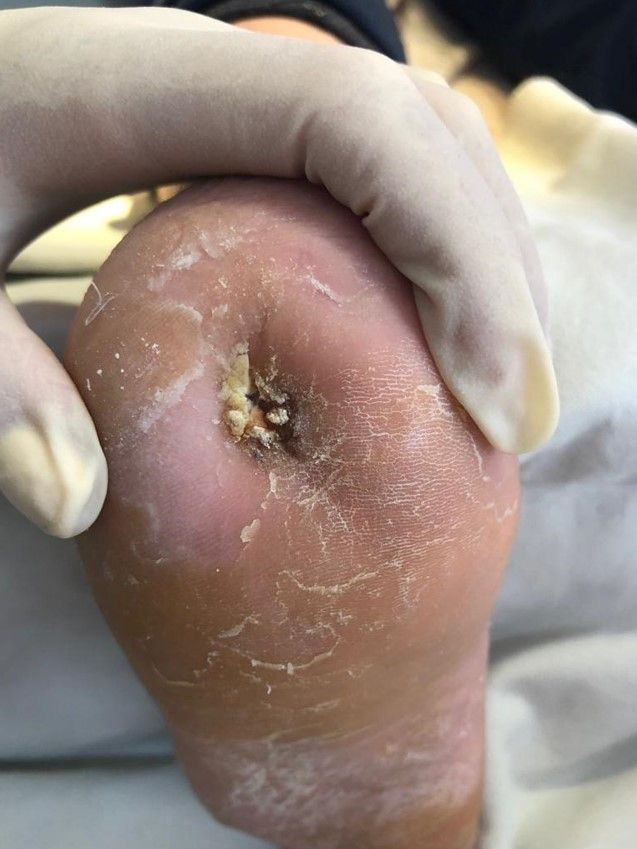 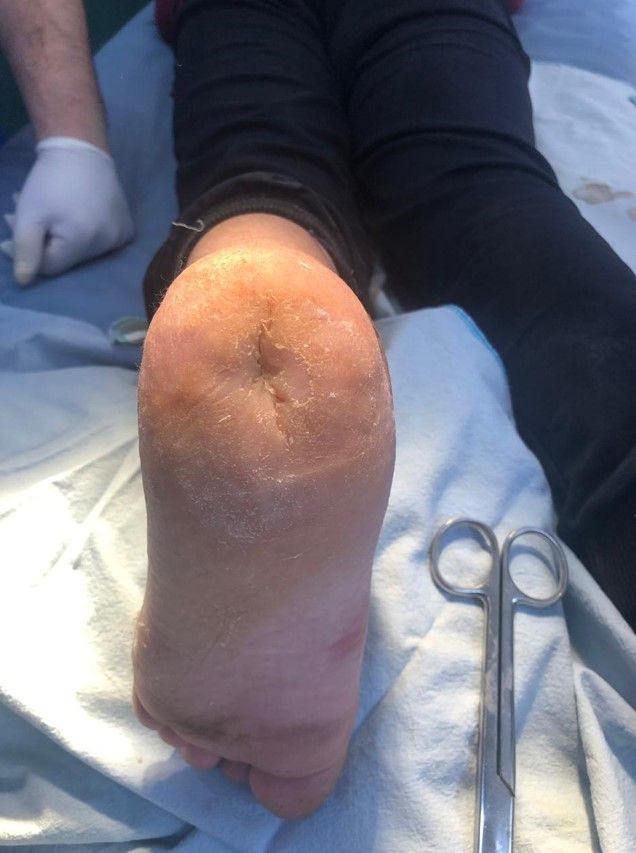